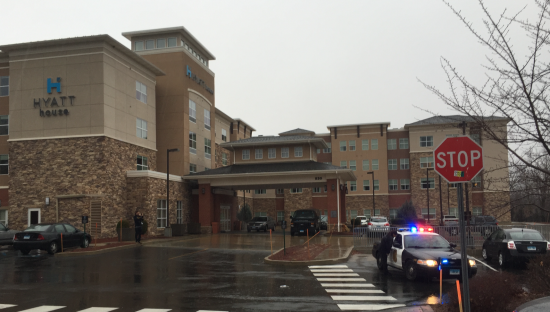 A New Jersey man who drove to Shelton last year and beat his wife’s lover with a baseball bat won’t serve any prison time for the assault.

The man, Chadwick Adams, 28, faced up to four years behind bars after pleading guilty to first-degree assault in the case Sept. 15.

But Judge Frank Iannotti opted not to imprison Adams after a 40-minute sentencing at Superior Court in Milford Friday during which he concluded Adams, who has no other criminal convictions, is unlikely to break the law again.

“I hope I’m right,” the judge said before handing down an eight-year suspended sentence in the case.

His decision followed pleas from members of Adams’ family for the judge to spare Adams jail time.

Adams was arrested Dec. 17, 2015 when state police caught him minutes after the violent confrontation in the parking lot of the Hyatt House hotel on Bridgeport Avenue.

He told police that he had suspected his wife was cheating after she had blocked him from her Instagram account and later caught her video chatting — with his best friend.

Then he found out through his wife’s Expedia account that she had plans to stay in Shelton for three days.

She had told him she was going to Boston for school.

So he borrowed another friend’s car, packed a 28-inch aluminum “Bomb Bat” and drove to Shelton.

He confronted the pair in the Hyatt parking lot. He asked his friend what he was doing with his wife.

“Get out of my face,” the friend allegedly said.

Adams told police he went “red,” then knocked the man to the ground with the bat before swinging again and hitting him in the head.

He then drove away, making it as far as the Merritt Parkway before being stopped by troopers.

He conceded that Adams had no prior record, has maintained multiple jobs, and has no substance abuse or mental health issues.

Still, he said, “this is an extremely serious case.”

Lawlor said the man suffered a skull fracture. Adams’ lawyer said later the victim was released from the hospital the afternoon of the assault.

Neither Adams’ ex-wife nor the man he assaulted were in court Friday. They also declined to be interviewed for a sentencing report prepared by court officials.

The prosecutor also noted that Adams had “quite a bit of time” while driving all the way from New Jersey — with a baseball bat — to rethink his actions and turn around.

“That he didn’t shows that this was something that wasn’t just a momentary lapse in judgment, wasn’t just a snap decision,” Lawlor said.

’I Am Deeply Sorry’

A half-dozen of Adams’ friends and family implored the judge not to imprison him, saying the attack was completely out of character.

“This is not Chad,” said Denise Campbell, a friend for more than 10 years who described Adams as kind, caring, and pleasant.

His mother said her son isn’t perfect, but that she tried to tell him to always use his common sense.

“He didn’t use it that day,” Judge Iannotti interjected.

Adams apologized to his ex-wife, the victim, and his family.

He said he didn’t intend to assault the man.

“I did not intend to hurt anyone,” he said. “I wanted to know what was going on with my wife.”

“I felt betrayed. I was scared, and I was angry. I was reckless,” he said.

Judge Iannotti pointed out that Adams brought a baseball bat with him on his drive from the Garden State.

“If you didn’t intend to hurt anybody, why’d you bring the bat?” he asked.

Adams said he was scared, and that he didn’t know who his wife was with.

Adams said he’s not a violent person, and repeated that he was scared.

’Don’t Let Yourself Down’

But he also said Adams differed from most people who stand before him convicted of first-degree assault.

The judge pointed out Adams has no record, appears to be extremely hard-working, and has a fine family to help support him.

And he agreed with Adams’ lawyer, Angel Lugo, that Adams was “overcome by emotion” the day of the assault.

“Anyone would be overcome with emotion to find out their wife of seven years is having an affair with someone he believes to be his best friend,” the judge said.

“The only thing that genuinely disturbs me is bringing the bat,” he said later. “You don’t bring a bat unless something went through your head that you were going to use it.”

Still, the judge said he doubts Adams will commit any other crimes in the future.

“Sometimes you just have to listen, sit back, think, evaluate and really try to look into the eyes of a person and decide what kind of human being that they have been and are likely to be,” he said. “I have a difficult time looking at Mr. Adams and thinking he’s a bad human being.”

He then gave Adams an eight-year suspended prison sentence with five years of probation, during the first six months of which Adams will be monitored electronically and will only be allowed to leave home to go to work.

The judge also ordered Adams to undergo domestic violence and anger management counseling, and to stay away from his ex-wife and the man he assaulted.

Adams’ lawyer said afterward he was relieved by the judge’s sentence.

“The job of a judge is to not just shoot from the hip but to really look into the person’s background, character, the circumstances,” Lugo said. “This was a unique situation.”

He noted Adams had no other convictions, volunteered with the Red Cross, attends church regularly, and “thoroughly” apologized.

“A person’s life should not be judged by seconds of indiscretion,” Lugo said. 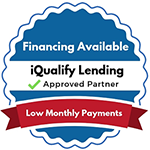